Recent survey report shows vacations as a key to increased happiness, having less stress and improved health. Vacations also result in greater productivity, energy, focus, and personal improvement. 82% of Americans report that some of their happiest moments came from experiences they had while on vacation.

Star Wars: Galaxy's Edge is said to be Disney's most immersive theme park land to date. Imagineers and executives have touted detailed story elements and theming that they promise will please lifelong fans of the Star Wars franchise while welcoming and enticing newcomers to the "galaxy far far away."

When guests enter Star Wars: Galaxy's Edge, guests will find themselves on the remote planet of Batuu. Rather than develop a land around any of the franchise's previously established settings, Disney has created a brand-new world that will have its own unique place in Star Wars history. This unique setting will offer a genuine Star Wars experience where even the biggest fans can discover some special “hidden gems” and familiar details.

Water is Life. Life is Joy. That's the philosophy celebrated at Universal's Volcano Bay™ water theme park. It's the carefree attitude the fabled Waturi islanders have embraced on their Pacific isle for centuries. Now you can live the Waturi way at this all-new park where thrills and relaxation flow in perfect harmony.With the power of the TapuTapu™ wearable, there’s no standing in long lines, carrying rafts around the park, nothing between you and a full day of fun. It’s an all-new kind of paradise, just steps away from everything Universal Orlando Resort™ has to offer.

Explore more of the wizarding world than ever before at The Wizarding World of Harry Potter™ – Diagon Alley™ at Universal Studios Florida. Enter Diagon Alley™ from the streets of London. Dine at the Leaky Cauldron™, see a wand choose a wizard at Ollivanders™ wand shop, and experience the excitement of a multi-dimensional new thrill ride inside Gringotts™ bank.

Get a place in the Virtual Line™ and get your return time to be a guest at The Tonight Show! Experience the history and fun of The Tonight Show in Studio 6B. Send a "Thank You Note" at the interactive desks. See Hashtag the Panda and enjoy a hip-hop barbershop performance by the Ragtime Gals! Then, join Jimmy Fallon and all your favorite characters from The Tonight Show in a fun-filled race through, below and above New York City.

Join Gru, his daughters,
and the mischievous minions on an unforgettable new 3-D ride at Universal Studios Orlando"Despicable Me Minion Mayhem". Join the ranks of the minions, literally, as part of Gru’s latest mission. But when things don't go as planned, you're launched into a crazy adventure through his super-villain laboratory. It's wildly hysterical family fun for everyone!

Join The Battle! Transformers the Ride

Prepare for the greatest battle you’ll ever ride! TRANSFORMERS: The Ride–3D is an ultra-immersive, next generation thrill ride that blurs the line between fiction and reality!

As you journey deep into a mysterious island, your 1930s expedition is swarmed by enormous prehistoric predators. Your only hope is the most colossal ape ever to walk the earth. As the gargantuan beasts fight for dominance, you will just fight to survive. Skull Island: Reign of Kong - A multi-sensory, multi-dimensional new ride for your life. 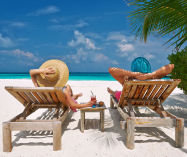 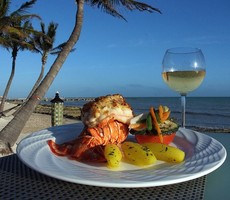